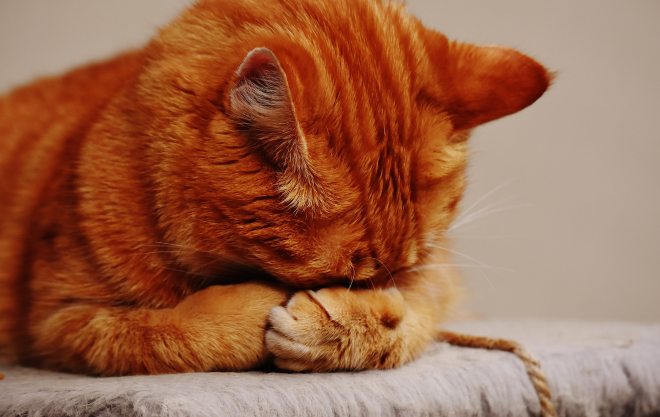 “Oh my, oh yes…this will do nicely!” The flea gleamed as he inspected his new form. A hooked claw slowly traced down the hard sclerites that covered his body like a suit of armor, finishing with a knock-knock on the lowest plate. Next, he cautiously caressed the long length of his freshly formed proboscis with both front claws.

“Oh yes, very nicely.” The flea whispered, quite pleased with himself. Having just emerged from the casing of his larval stage, he now displayed the full form of a brand new adult flea.

Previously, the flea had gorged on the organic matter that clumped up in deposits on his hosts’ supple hide. But now with his proboscis, he was going to get to taste true, warm, blood for the very first time. Indeed a milestone achievement for a young flea such as himself, he reasoned. Emergence as an ambulatory adult is cause to celebrate, and he was not going to rush to satisfaction for his one and only ‘first’ drop of blood.

He pointed his nostrils upward to get a big whiff of the landscape. As he did so, he felt the power winding-up in his jumping legs. Whoa now, best to remain close to the ground at first. Slowly he unwound the pressure in his hind legs and directed his gaze back toward the pink flesh below. One foot and then another, he weaved easily through the thick fur.  The membrane thinned as he came to an ideal feasting place.

The armpit of the squirrel, where veins throbbed as the heart pumped blood close to the surface. The aroma was irresistibly decadent. It was also a very warm and cozy spot. Saliva dribbled down his needled appendage in anticipation. Instinctively he teased his hooks into the squirrels’ fur. Once satisfied that he was tightly anchored, the flea pulled in a strong inhalation, followed by effortlessly plunging his proboscis deep into the dermal layers. He sipped the thick heavy syrup into his belly, and his eyes crossed in sheer ecstasy.

Now, had he been a wiser flea, he would have known the dangers of over indulging in one spot for too long. He would have been aware of the eat-move, eat-move pattern that older fleas adopt in order to stick to their host. But he was not an older, more experienced flea. He was a young flea, with much to learn. Not only had he over consumed to the point that his fat round belly made it difficult for his tiny hooked arms to grab onto the fur, but he ate himself to sleep.

He was unconscious due to gross consumption, when like a scythe splitting wheat; the hind toenail of the squirrel dislodged his feeding apparatus, sending him sailing through the sky. From high up the oak tree he plummeted towards the earth, tightly grasping small clumps of loose fur. The falling seemed to be in slow motion at first. He saw the whole neighborhood, then the yard below him. Two boys hunched over something close to where he would eventually land. He saw grass and was relieved he would not be landing in water or on concrete, though he would survive a fall onto either likely.

Just then, he remembered his jumping legs, and promptly wound them up. Now with excitement, he aimed for a blade of grass. As he neared it he readied himself, and on impact he jumped straight up, as high as he could go. It was exhilarating. As he descended he prepared for another jump. This one sent him torpedoing straight towards the two children. The flea saw what he was about to confront and he twisted his body, desperately trying to change trajectory. The boys had a large handheld magnifying glass and were using it as a weapon to execute some ants.

His claws grasped out at passing blades of grass as he neared the laser beam of death. Finally his momentum halted and he clung to the stem of whatever had stopped him. Mere millimeters from absolute doom, the death ray began to move around above him. The flea jumped this way and that to avoid direct contact with the concentrated sunlight. As he dived from blade to blade of grass, the flea saw something truly terrifying. Smoke began to raise from the dry grass, and following right behind in short order, leaped a single flame.

The grass quickly went ablaze and the flea could find nowhere to jump to. Smoke polluted his vision, and the curled hairs that covered his sclerites were singed and smoking. His hooks and jumping legs were being scalded as he frantically tried to find his way out of the inferno. Without warning, the giant human offspring began to stomp at the fire. The flea was stamped into the ground and nearly crushed to death.

Shaken but still alive, he jumped blindly into smoke as the children easily extinguished the ring of flame. In one leap he found himself landing into the soft fibers of a human sock. He scurried into a fold and hid. He hid for hours. He stayed frozen in the same spot while the child ate his dinner. Innocently swinging his legs back and forth as he ate, the swaying made the flea nauseous. Later the child piled his clothing on his bedroom floor. The sound of the boy bathing in another room and the stillness of the fabrics coaxed the flea from his hiding place.

His eyes burned and vision blurred. His hooks were severely melted and damaged. All of the jumping had depleted his blood filled belly, and the flea was now feeling the pains hunger taking hold of his awareness. His stomach growled and gurgled. How would he find a squirrel inside of a human dwelling? After all he had survived, would he simply perish from starvation? He needed to locate a food source, and quickly.

The flea rubbed his eyes with grotesquely deformed claws. He wound his sore tired jumping legs and weakly bounced into the air. While airborne the flea spotted something on the child’s bed. He jumped again, with more vigor, to confirm his suspicion. A great orange cat lay at the foot of the bed, its tail hanging just over the edge. The cat is not too far away. Perhaps the flea will even find a new community once he gets there, he thought to himself.

He began to make his way towards the cat, yet the chemicals leaching out of the carpet fibers were confusing and disorienting him. Unlike grass or fur, the carpet smelled of impurities and was difficult to navigate. The synthetic fibers stuck to his melted hairs and hooks, ensnaring him with each step. Half jumping and half clawing his way, the flea inched towards the bed covers that draped to the carpet. With so much effort, the flea grew hungrier and hungrier.

At last he reached the edge of the bed. He looked up and saw the flicking curl of the orange-striped tail. Almost there. His hunger began to burn inside of him. The promise of blood only intensified the pain. Soon he can feed and rest, and put this terrible nightmare behind him. With all of the energy he could muster, the flea jumped up and grabbed ahold of the blanket. His arms shook and trembled as he pulled himself up the vertical climb.

His muscles and tendons burned and ached, he almost fell as one hook gave up its fight and snapped off. The flea closed his eyes and focused on dragging one claw in front of the other, one step at a time. As long as he did not stop climbing, he had a chance to live. The smell of fur and flesh opened his eyes again, and the tail was finally within reach.

He hooked the tail hairs and climbed toward the soft pink terrain hidden below the dense tangerine pelt. He was so hungry he nearly poked his proboscis immediately, but the skin at the tip of the tail was calloused, and the capillaries much deeper than on softer parts of the body. So the flea continued his journey, with much more ease now that silky hairs enveloped him.

There was something which was increasingly starting to alarm the flea. The flesh on this cat was immaculate. No thin crust of dirt from living outdoors, and even more disquieting, not one speck of flea waste. In fact, there was no evidence any flea had ever seen the soft sweet surface of this pampered house cat. Such a predicament would put procreation completely out of the question. No matter, thought the flea, I will eat, rest, and heal before I become concerned with the labors of egg lying.

The flea had traveled to the belly of the cat, and the soft membrane rolled out before him like a pink meadow covered in downy orange fuzz. He teased his deformed hooks into the belly hairs and planted himself firmly. He probed his pointy proboscis into the warm inviting canvas, and took a long deep suckle. It was not delicious. In fact it burned. His proboscis promptly ejected as the poisonous coating caused him to vomit relentlessly. His brain raced and he could not focus. He went blind and began to stagger about. His legs twisted and curled toward his stomach. Finally his heart and lungs seized, and the flea lay there a crumpled corpse.

I enjoy making up stories about the world around me. Sometimes I write them down. View all posts by M.R.Smith